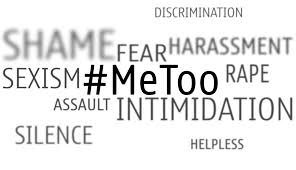 When I arrived here almost two months ago (already?), one of my first jobs was to pack the latet copy of the Sabeel magazine ‘Cornerstone’ ready for shipping to various people around the world.

This edition (available here) was written on the vary difficult and divisive issue of sexual harassment in Palestine and Israel. There was some concern among those involved that the edition would be seen as someting Sabeel shouldn’t get involved with, it’s something that’s taboo in many places, none moreso than here in the Middle East.

Cornerstone takes as it’s basis a bible study on the Gerasene Demoniac (Mark 5 : 1 – 20). It’s an edition full of grace, and thoughtful contributions by many people and organisations, including the abused.

As I sat in my apartment last night and watched the testimony of Dr Ford and Judge Kavanaugh, this edition of Cornerstone was brought back to me in stark reality. Dr Ford came across to me (and from what I have read this morning) to many others as honest, emotional, and broken. She sounded like that fifteen year old girl from 1982. At the same time she sounded sure, confident, and when needed, professional. It was intersting to see the interaction between Dr Ford and Rachel Mitchell, the prosecutor hired by the Republicans as outside counsel. At times it was as if they were two professionals, experts in their respective fields, discussing a case – the professional respect here was obvious, as was the resepct from the Democratic representatives, the majority of whom were prosecutors themselves.

Judge Kavanaugh on the other hand, came accross as bullish, argumentative, and agressive. He seemed at times, sincere, but whether that sincerity was because he was being truthful or because he knew he was fighting a loosing battle, I don’t know. His answers to the Republican prosecutor seemed truthful, however his responses to the Democratic representatives were evasive and filled with anger. This is not surprising as he stated that he sees this as a direct challenge from the Democratic party on his nomination.

Aside from being, for me, an example of how not to carry out such a hearing, this also served as a way for other people, both men and women, who had been abused, to come forward. I watched CNN (one of the few English news channels available here) and was moved to hear some of the female panellists as they recounted text messages they were getting from friends saying that they had been abused and now felt it was time to open up about it.

Whether Judge Kavanaugh is approved or not, I wonder whether this marks a sea change in the way these things are dealt with. Surely the need for greater compassion, privacy (for both the accuser and the accused until guilt is proven), a secure environment in which to come forward, and thorough investigation by those in a position to do so, must now come to the fore.

Here in the Middle East, it’s almost impossible for the abused to come forward without the risk of disgracing their families and themselves in the eyes of their communities. This will take a long time, and be difficult to change, but change can come, and I believe Sabeel producing this edition of Cornerstone is one tiny step towards that change.

God of endless love,
ever caring, ever strong,
always present, always just:
You gave your only Son
to save us by the blood of his cross.

Gentle Jesus, shepherd of peace,
join to your own suffering
the pain of all who have been hurt
in body, mind, and spirit
by those who betrayed the trust placed in them.

Hear our cries as we agonize
over the harm done to our brothers and sisters.
Breathe wisdom into our prayers,
soothe restless hearts with hope,
steady shaken spirits with faith:
Show us the way to justice and wholeness,
enlightened by truth and enfolded in your mercy.

Holy Spirit, comforter of hearts,
heal your people’s wounds
and transform our brokenness.
Grant us courage and wisdom, humility and grace,
so that we may act with justice
and find peace in you.
We ask this through Christ, our Lord.