This week I’ve had two poems going around in my head, both by the same poet, the late Maya Angelou. These aren’t poems I’ve read recently, but ones which seem to give me a nudge every now and then when I see, hear, or experience something happening here in Israel and Palestine. They cause me to stop, look at the situation, and take time to reasses the way I react to things – often making me question a prejudice or when I feel I should have done or said something more.

The first of these is “And Still I Rise”, a poem about standing up to oppression, even when the oppressor holds all the cards.

(I’ve written the words below, but if you want a real sense of the poem, with a short introduction, click here.)

You may write me down in history

With your bitter, twisted lies,

You may trod me in the very dirt

Does my sassiness upset you?

Why are you beset with gloom?

‘Cause I walk as if I’ve got oil wells

Pumping in my living room.

With the certainty of tides,

Did you want to see me broken?

Weakened by my soulful cries?

Does my sassiness offend you?

Don’t you take it so hard

‘Cause I laugh as if I have gold mines

Diggin’ in my own backyard.

You may shoot me with your words,

You may cut me with your eyes,

You may kill me with your hatefulness,

Does my sexiness offend you?

Does it come as a surprise

That I dance as if I have diamonds

At the meeting of my thighs?

Out of the huts of history’s shame

Up from a past rooted in pain

Welling and swelling I bear in the tide.

Leaving behind nights of terror and fear

Into a daybreak miraculously clear

Bringing the gifts that my ancestors gave,

I am the hop and the dream of the slave.

and so I rise

This poem jolts me every now and again when I see injustices carried out against Palestinians who are trying to go about their everyday lives. Yes, there are constant difficulties, some seen and some unseen, but there are always those little events which you witness and which give you pause for thought.

We are now coming to the end of the first week of Ramadan, last week I witnessed one such event. I had been at a presentation and on my way back decided to walk through the Old City and witness the lights and atmosphere of the Muslim areas. As I walked through I had kids high-fiving me, men welcoming me, and every street seller and open shop trying to sell me a sweet treat, fruit juice, or trinket. As I walked, I saw a large group of Israeli soldiers walking up the street – nothing unusual about that. They came near to one of the roads off the main road, which leads to Al-Aqsa, stopped, and began to question people who were trying to use the road. They were stopping young men from entering, turning them away, and telling them that if they wanted to enter they had to do so by another gate – where there was another group of soldiers who may, or may not let them in. When one of the soldiers saw me, just about the only international in the area at that time of night, one of them approached me and said I should leave becuase this area was unsafe. When I asked why it was unsafe, he told me that it was unsafe because “young Muslim Arabs want to blow Israelis and Internationals up”. This isn’t new, I’ve heard it numerous times before from soldiers – I’ve even been asked jokingly, by Palestinian soldiers, when I was exploring in the north of the West Bank if I wasn’t afraid that the dangerous Palestinians would blow me up. What stopped me and made me think was that, as I chatted with this soldier, he mentioned that he was Druze and saw himself as an Arab Israeli. He was happy to chat, he was just going home and wasn’t in a hurry, so we got into a conversation about the difference between an Arab and an Arab Israeli, he explained that “Arabs want to destroy Israel, but Arab Israelis love Israel”. After I left the soldier and continued to walk, I met a Palestinian young man who lives near me and I have spoken to before. He had been one of the young men turned away but as he stopped and we exchanged greetings we spoke about being turned away from the road. His reply was simple, “they think by turning us away we will not go and pray. They are wrong, it makes us want to pray more. We’ll try another gate, then another, then another, until we get in. We will worship Allah at the mosque like those before us” 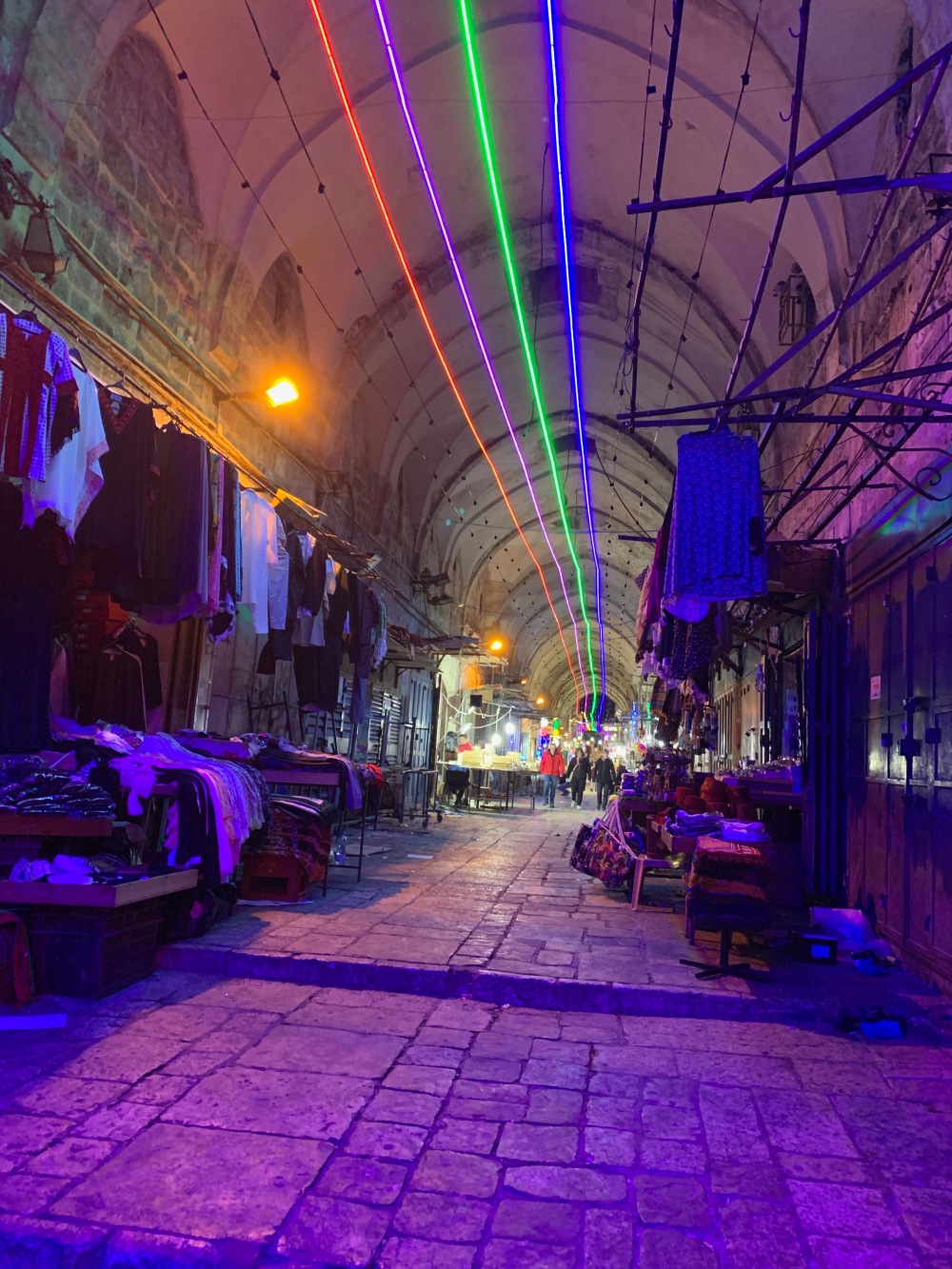 The other poem which has been buzzing around is “Human Family”, an examination in the differences of humanity.

I note the obvious differences
in the human family.
Some of us are serious,
some thrive on comedy.

Some declare their lives are lived
as true profundity,
and others claim they really live
the real reality.

The variety of our skin tones
can confuse, bemuse, delight,
brown and pink and beige and purple,
tan and blue and white.

I’ve sailed upon the seven seas
and stopped in every land,
I’ve seen the wonders of the world
not yet one common man.

I know ten thousand women
called Jane and Mary Jane,
but I’ve not seen any two
who really were the same.

Mirror twins are different
although their features jibe,
and lovers think quite different thoughts
while lying side by side.

We love and lose in China,
we weep on England’s moors,
and laugh and moan in Guinea,
and thrive on Spanish shores.

We seek success in Finland,
are born and die in Maine.
In minor ways we differ,
in major we’re the same.

I note the obvious differences
between each sort and type,
but we are more alike, my friends,
than we are unalike.

We are more alike, my friends,
than we are unalike.

We are more alike, my friends,
than we are unalike.

I was driving to meet a friend in Tel Aviv when I (as I often do when driving to the coast) picked up a hitchhiking young Israeli soldier. This young man was a secular Jew from Tel Aviv and he had just completed his initial training and was heading home for leave before taking up his posting at various checkpoints. We spoke about his training and the fact that he had to carry his gun everywhere, even university (he was also training to be military intelligence for which Israel put young soldiers through university) and when he went shopping.  He explained the training he had and how he felt bad for his Arab friends as he was being taught that all Arabs are dangerous and to be feared. He said that he did not believe this and they are all human beings, but that some of the other trainees in his group believed it and vowed to shoot as many Arabs as possible (some even taking bets on when they would shoot their first one). After this short conversation we spoke like you would speak to anyone, we spoke about things we liked, places we liked to go, films we liked, etc. Even when the Israeli administration try to brainwash these young men and women and try to enforce their divisive regime, it must always be remembered that even with the bravado of youth and the fear instilled in them of “the other” at the end of the day, these young people are just that, young people, human, like all of us. With dreams, fears, loves, and aspirations. Just becuase they wear a uniform, carry a gun, and follow orders, this does not mean that they don’t care or hurt every time they are made to cause harm to another.

Until we realize that we belong to a common humanity, that we need each other, that we can help each other, we will continue to hide behind feelings of elitism and superiority and behind the walls of prejudice, judgement, and disdain that those feelings engender.